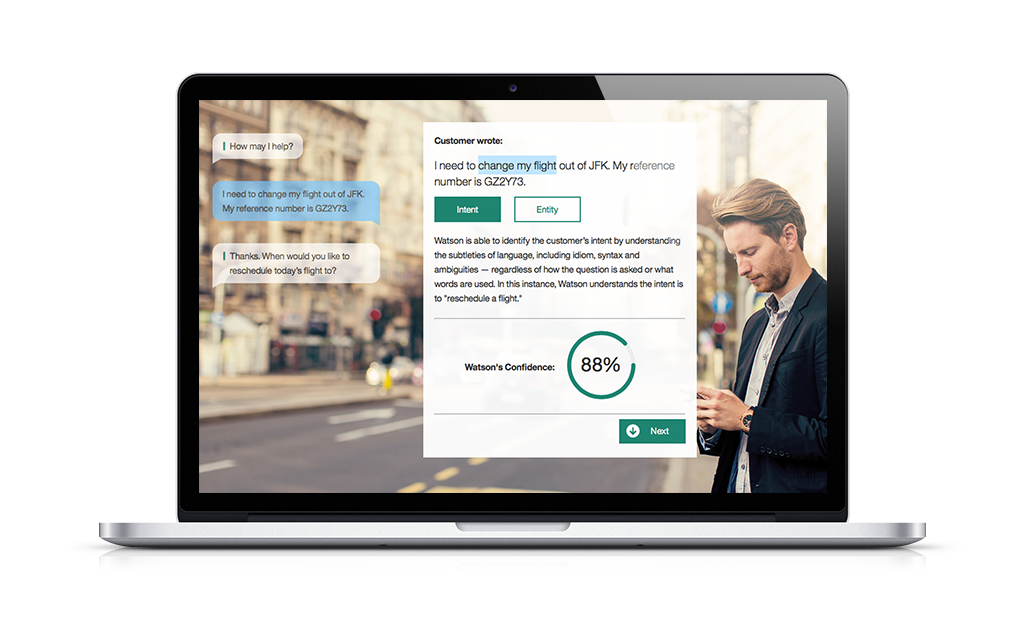 During my time at Centerline, I worked on several interactive tools for IBM.

The first (top) was a product demo for Watson Engagement Advisor (now Watson Conversation and Watson Virtual Agent). This tool guides the user through a sample conversation and shows how Watson determined its responses. I lead the creative team through UX/UI, wrote the scenario most of the script for the demo, worked closely with the client to tweak the scenario to match Watson’s abilities, and worked closely with the designers to make an engaging and interactive experience that met IBM’s exacting web and accessibility standards and all testing.

The second (lower top) is an assessment tool for the same product. The client wanted something that gave the user more control of their inputs, instead of just selecting number ranges. I worked closely with the developers to find a better way to allow the user to make selections that worked with IBM’s web standards. After deciding on the sliders, I worked with the client to tweak the questions and the formula to provide the most accurate results to the users. Ultimately I lead the UX/UI, writing, stat research, development, and testing.

Lastly (bottom) another assessment tool, this time for Watson Explorer. This tool ultimately provides the user with an average of costs and hours saved if you use Watson Explorer. I lead the UX/UI, writing, stat research, development, and testing.